I have to admit that using the Instant Pot as a slow cooker was a bit of a dilemma for me. The first thing that started my loving relationship with this device was the pressure cooking setting.

I was mesmerized by how quickly it can bring soups, beans, beefchicken and other foods to their perfect texture and taste in half the time it usually takes!

So, yes, it felt antilimactic to use a pot that’s intended for fast cooking as a slow cooker. Nonetheless, the feature is there, so I thought I’d give it a chance.

Long story short, it works, and you can use your Instant Pot as a slow cooker!

But, there are a few tweaks and adjustments you need to make. These are important if you want to get the same flavor and tenderness as you would with a standard stove top slow cooker (like a Crock Pot).

Don’t get me wrong, Instant Pot is a good slow cookerbut you have to follow these Instant Pot slow cooker instructions in order to get the perfect result. 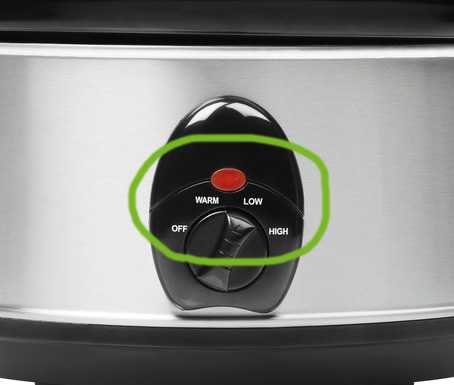 A dedicated slow cooker has three settings that take care of everything: Low, Highand Warm.

Low setting – For those meals, thoroughly cooked for up to 9+ hours. It takes forever but the result is Oh! So Yummy!
Reach 209 °F.

High setting – Will get almost everything done in about 4 hours, so you don’t have to start your cooking the day before.
Reach 209 °F.

Warm setting – just keep the warm food until everyone is ready (similar to the “keep warm” function in the Instant Pot). 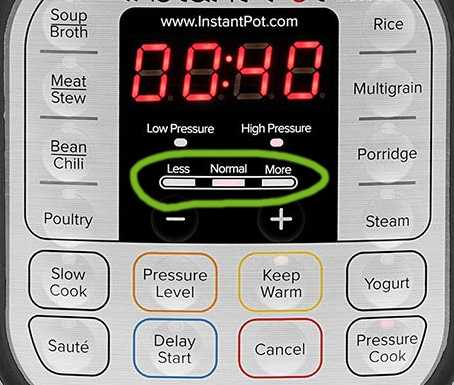 If you look at your Instant Pot pressure cooker, you’ll see there also are three settings: Less, Normaland More.

So, the logical conclusion is that, if you want the best results, you should set the pot on Less, the equivalent of Low in your old slow cooker, right?

Wrong! The Less setting only gets the temperature up to 190 degrees Fahrenheit which is too low for cooking food regardless of the time length.

So you can ignore the “less” setting and use only “normal” or “more” modes. 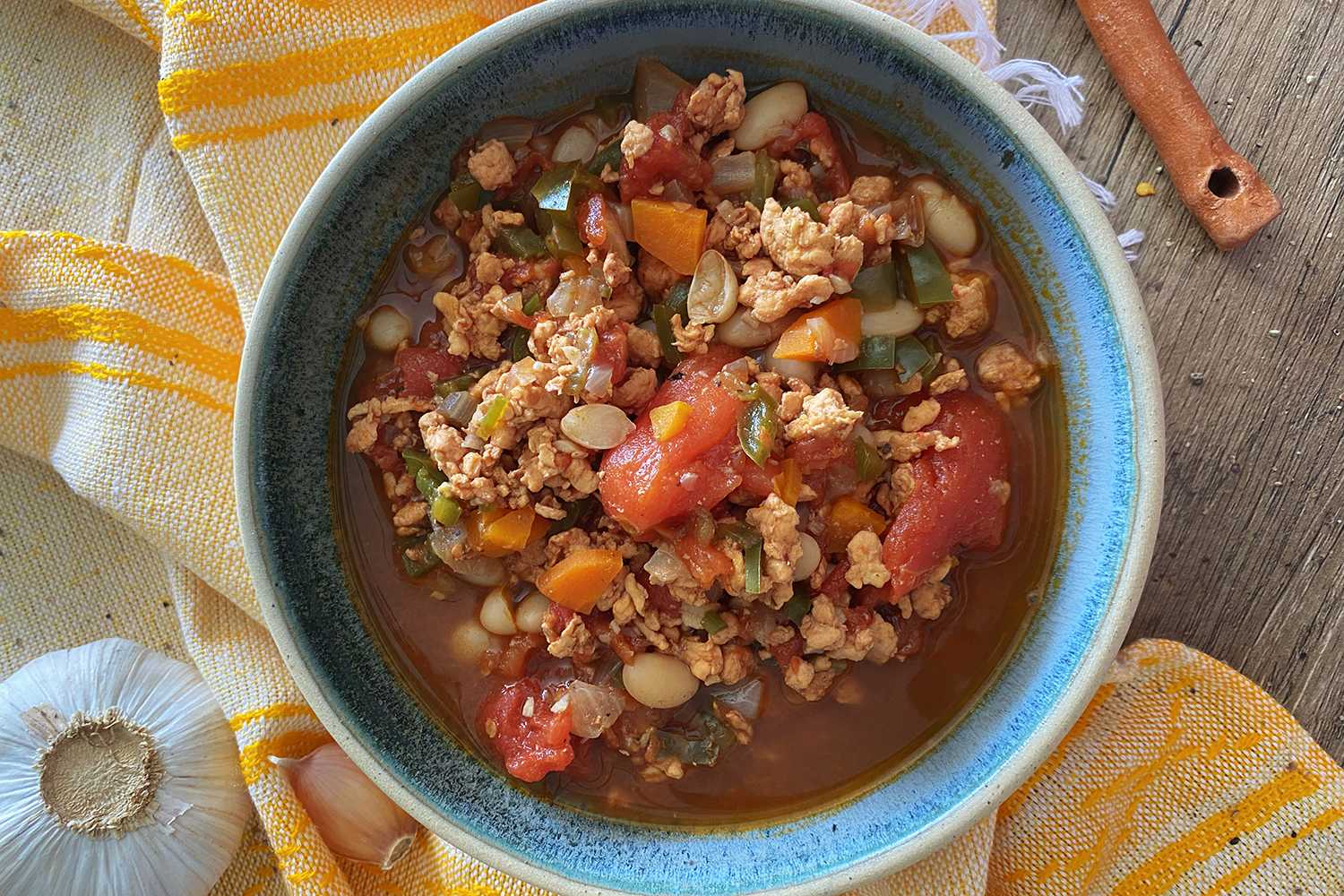 If you are using the slow cooker function + normal (=low temperature in a regular slow cooker):
Cooking time stays the same. 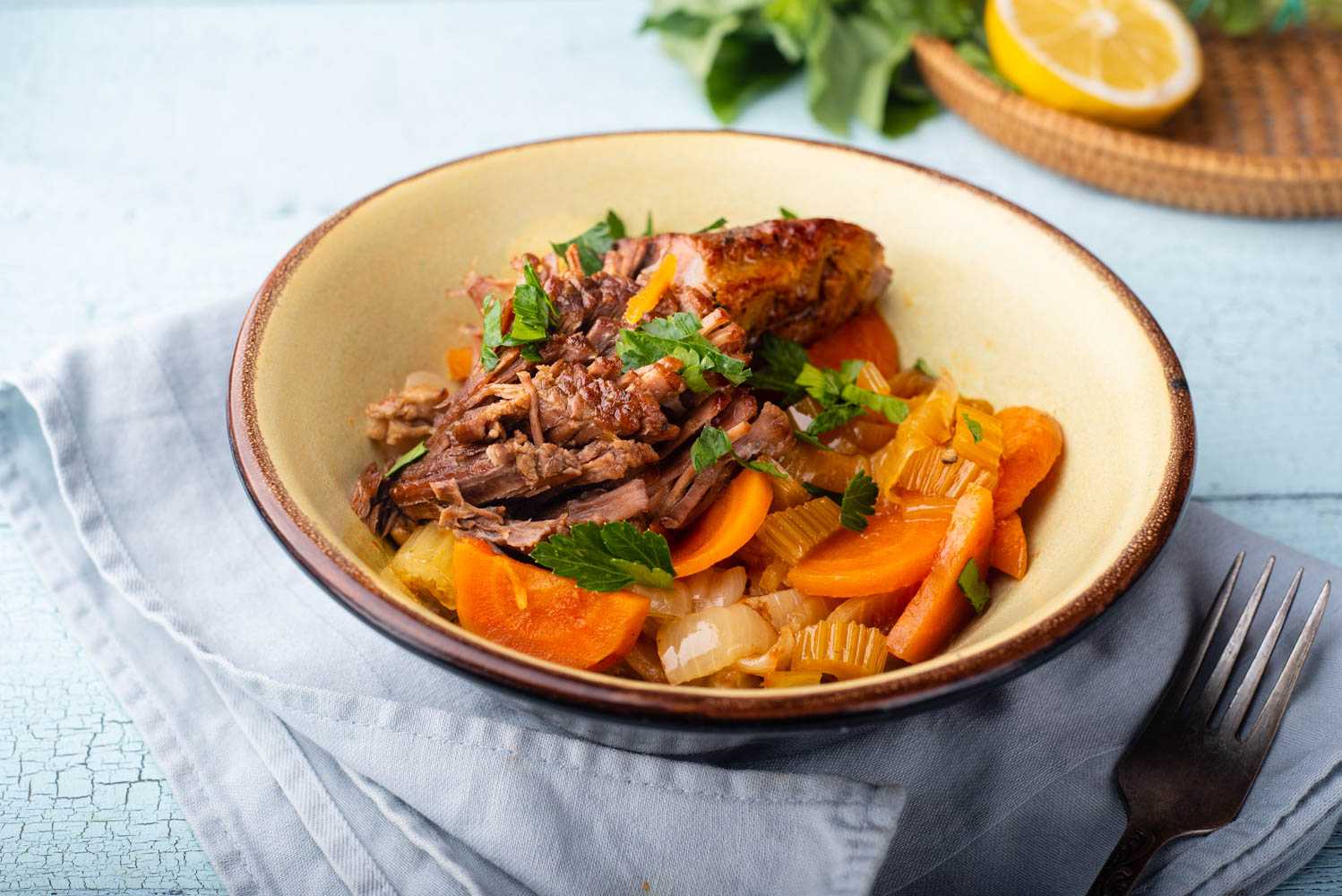 The reason why slow cookers produce such impressive results is heat distribution. If you’ve ever owned such a pot, you know that the bowl is heavy and ceramic.

So, even if the main heat source is only at the bottom (Unless you have a Crock Pot or a similar model), the walls of the bowl also heat up and radiate energy from all sides. As a result, the food is heated evenly, which is why the texture is extremely tender.

A Crock Pot is a type of slow cooker. If you want, it’s an improved version of a slow cooker.

Regular slow cooker have only one heating source at the bottom, while the Crock Pot have several heating elements around the pot.

Please note that in this article, when I’m mentioning Crock Pot or slow cooker, I’m talking about the classic slow cooker, and not the Crock Pot Programmable Pressure Cooker. 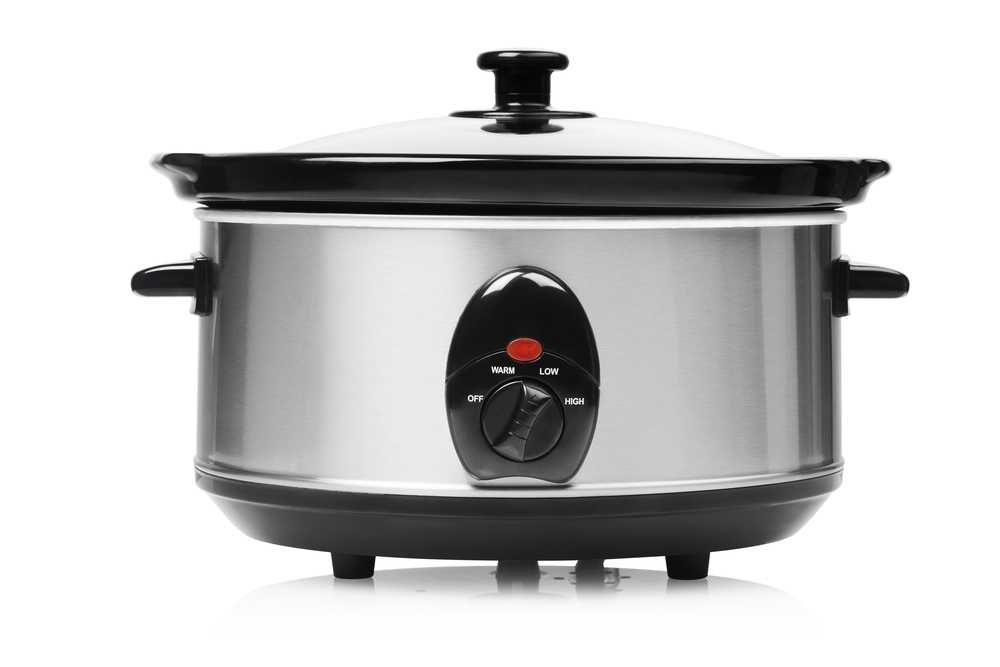 The Instant Pot also has one heat source at the bottom. However, the inner pot (even if it’s ceramic) is too thin to retain heat in its walls for long. Also, the heat is generated by the steam that’s trapped in the pot, which is fantastic for quick cooking, but not so great for slow cooking.

The uneven heat distribution will have an effect on the final texture of the food and a slight impact on it’s taste. So professional chefs and foodies may know you cheated and used an Instant Pot instead of a traditional slow cooker.

But you and me, probably won’t be able to understand the difference. So for us, Instant Pot is a great option for slow cooker recipes :]

The Quantity of Liquid

We all know that IP needs some type of liquid to get to pressure. This is how it works and there is no way around this. The liquid is used to power up the pot and delivers amazingly with regular and steamed recipes.

However, when you want something with a thick texture cooked slowly you need a traditional slow cooker. With a Crock Pot, even if the dish starts with more liquid, it will evaporate during cooking.

With an electric pressure cooker like the Instant Pot , this isn’t possible because the lid is tightly sealed. Sure, the steam release valve is open, so some steam is released, but the result just isn’t the same.

I made a few recipes using the slow cooker function in my Instant Pot. Some were great and some were tasty but a little watery. 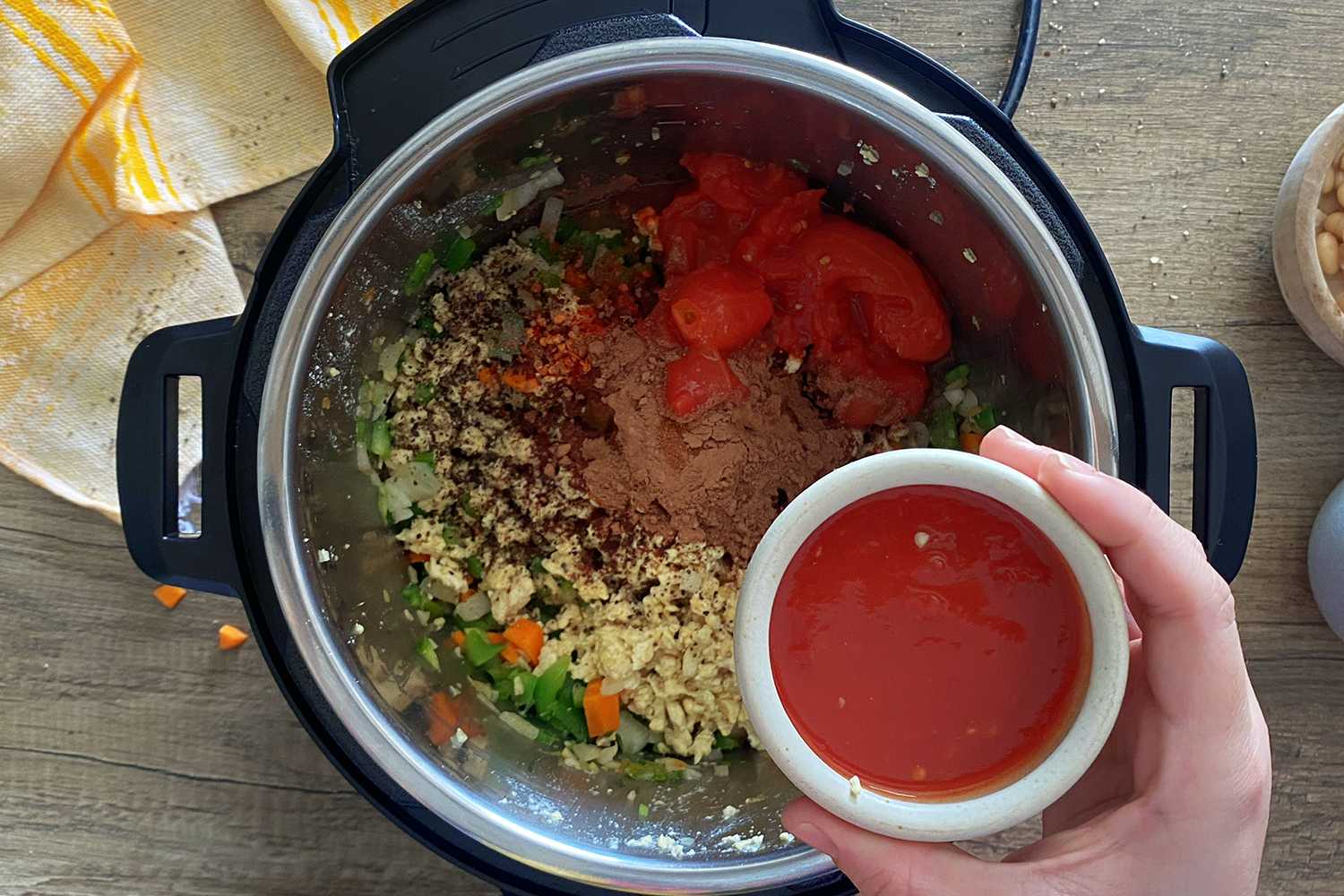 If you are cooking a recipe for the first time, use the same amount of water liquid as in the original slow cooker recipe.

For example, If the recipe calls for 2 cups – use 2 cups. It may work and it would be tasty anyway.

If the final dish on the first try was too watery, you have 2 options:

1. Use less liquid than in the original recipe.
2. Use another lid that isn’t as tight.

3-quart Instant Pot – At least 1 cup of water or other liquid.

6-quart Instant Pot – At least 1 cup of water or other liquid.

8-quart Instant Pot – At least 2 cups of water or other liquid.

Which Lid should I use for slow cooking?

The best option is to get the Instant Pot glass lid. This lid has a steam vent and stainless steel rim, and it’s a great option when you slow cooking with the Instant Pot.

It allows moisture loss and prevent your chili from swimming in water.

And since it’s clear, it gives you the option to peak in, which is always nice :] 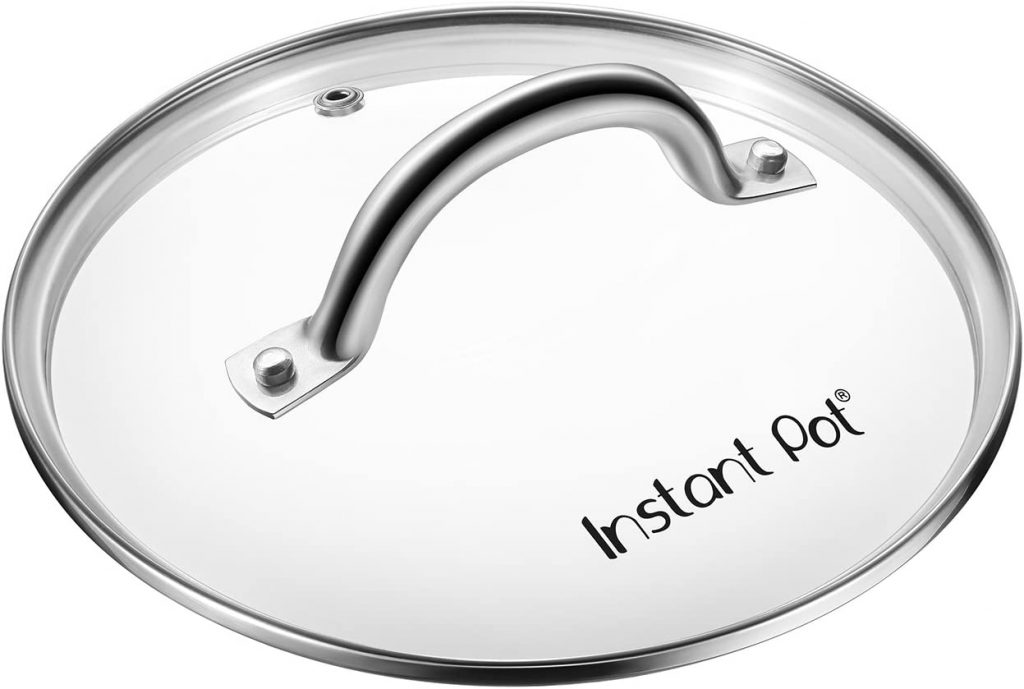 Can you slow cook in Instant Pot without glass lid?

If you are doing it for the first time and you don’t have time to by a new lid, you can use the regular lid that came with the Instant Pot.

But again, from my experience, the Instant Pot slow cooker lid is better.

Can I use any glass lid on instant pot?

Yes, for slow cooking you can use any tempered glass lid you already have, as long as it fits your Instant Pot size.

Can I use food thermometer?

With my regular slow cooker, I like probing the temperature from time to time, using a food thermometer, but unfortunately this is not possible in the Instant Pot.

True, it’s not the end of the world, but if you are really particular about your slow cooking, the IP won’t do it. 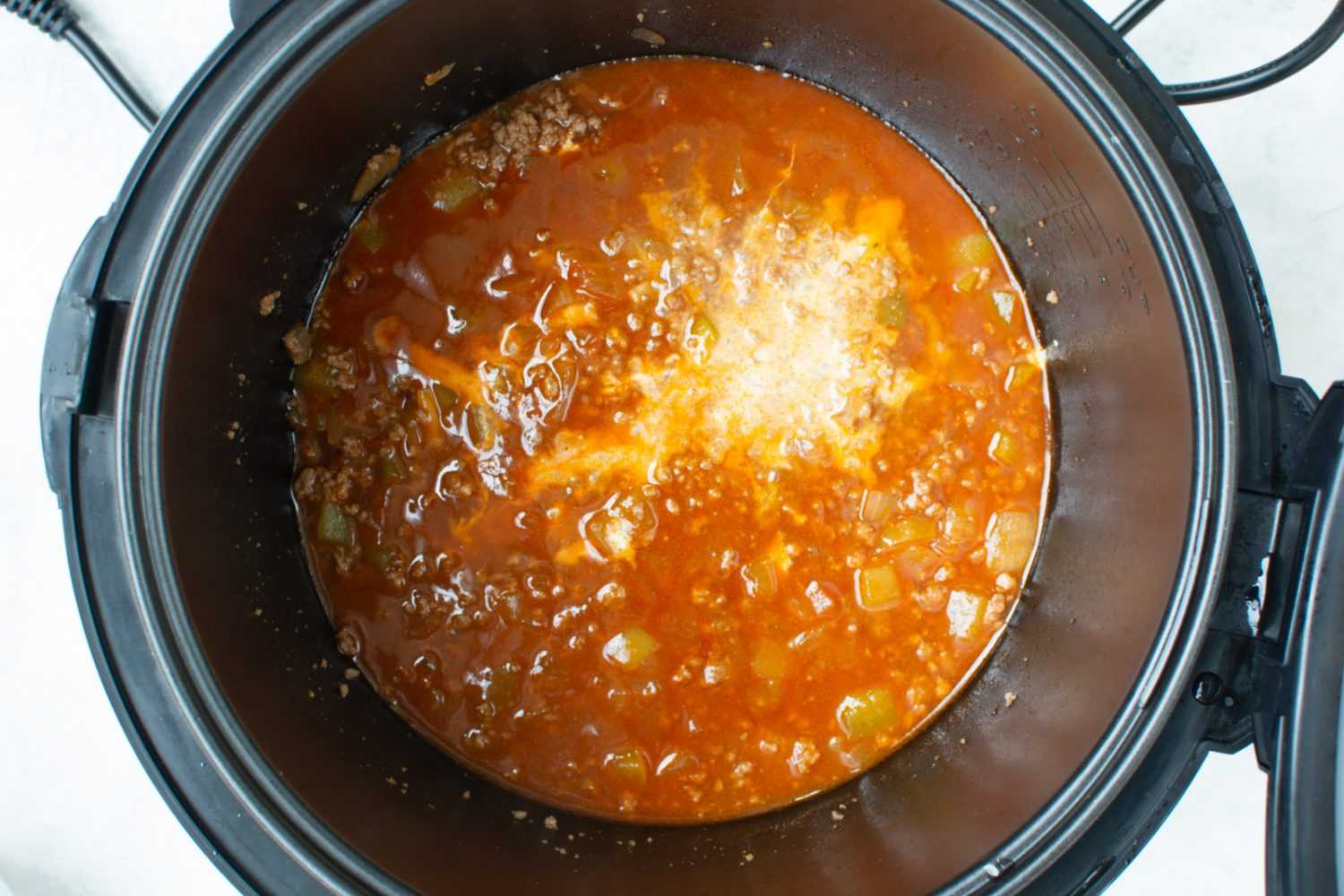 Does Instant Pot use pressure for the slow cooker function?

No. For the slow cook function the Instant Pot doesn’t create any pressure. That’s the reason you can use a different lid

Do you seal the Instant Pot when slow cooking?

No. There is no need to seal the Instant Pot completely when you use your Instant Pot slow cooker function.

When slow cooking in the Instant Pot, you can cover the pot using a tempered glass lid or the regular Instant Pot lid.

If you are using the Instant Pot lid, you need to move the steam release valve to the “ventingposition.

How To Use Instant Pot As Slow Cooker?

Here are the steps you need to follow when you want to use your Instant Pot as a slow cooker:

As you can see, it’s not complicated. Still, it may take a few tries before you discover the perfect settings for your preferences.

Also, I recommend trying various recipes, to understand the differences between types of foods and cooking times. 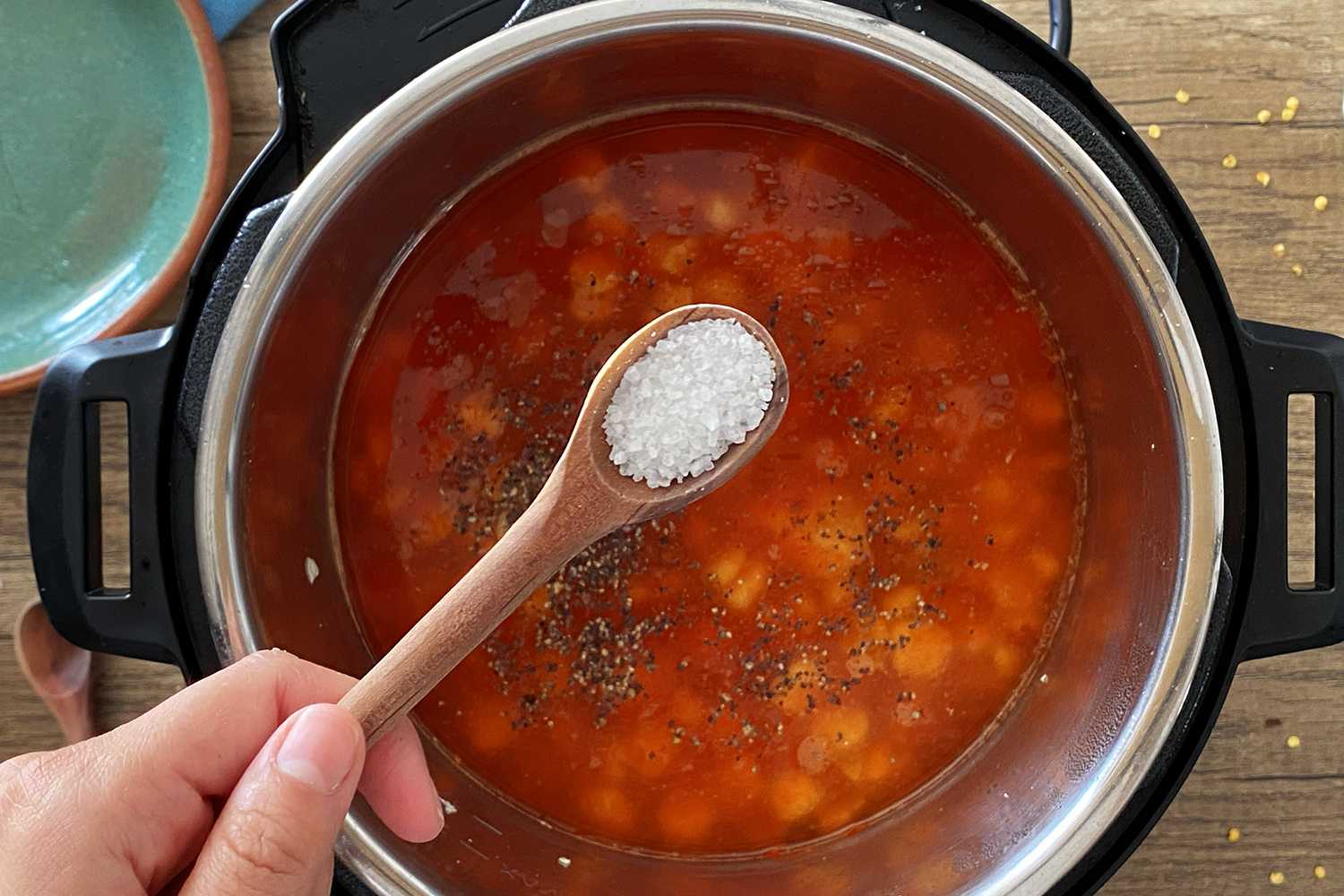 Here are a few options for you to start with:

You can make the recipes both ways, using slow cooking or pressure cooking.

You can also take classic slow cook recipes like beef roast and potatoes, and convert it to Instant Pot using the steps above 🙂

Is an Instant pot Better than a slow cooker?

In the end, I have to admit that I kept my old Crock Pot. I don’t use it as often, but when nostalgia hits, I fire it up and let it do its job. The Instant Pot is a fantastic kitchen appliance and I don’t think I can live without it (I don’t even want to think about it), but it’s not perfect.

Welcome to my kitchen! I am Corrie, the blogger behind Corrie Cooks. I run this blog with my wife since 2017, so you can enjoy quick, easy and delicious Instant Pot recipes. Thank you for stopping by 🙂