There is a new burger at McDonald’s UK and it is called the BBQ Bacon Stack.

On paper, it doesn’t look particularly innovative or exciting and you can’t help but look at the two 6:1 beef (stack) patties, bacon and fresh tomato and think “leftover Bacon Clubhouse Double ingredients.”

The return of the Stack.

Stacks were first introduced for Great Tastes of America 2016 with the Tennessee, New York and Tex Mex Stack(s) and have featured regularly in GTA and GTW since.

Checking the My McDonald’s App, you can customise the BBQ Bacon Stack, but as of writing, you can only remove ingredients and not add extras.

Of course, the smartest McDonald’s fans will have known about the BBS as we first tweeted about its rumoured release back on May 24th – with further confirmation coming (via Secret Sauce – we love you!) on 3rd June. 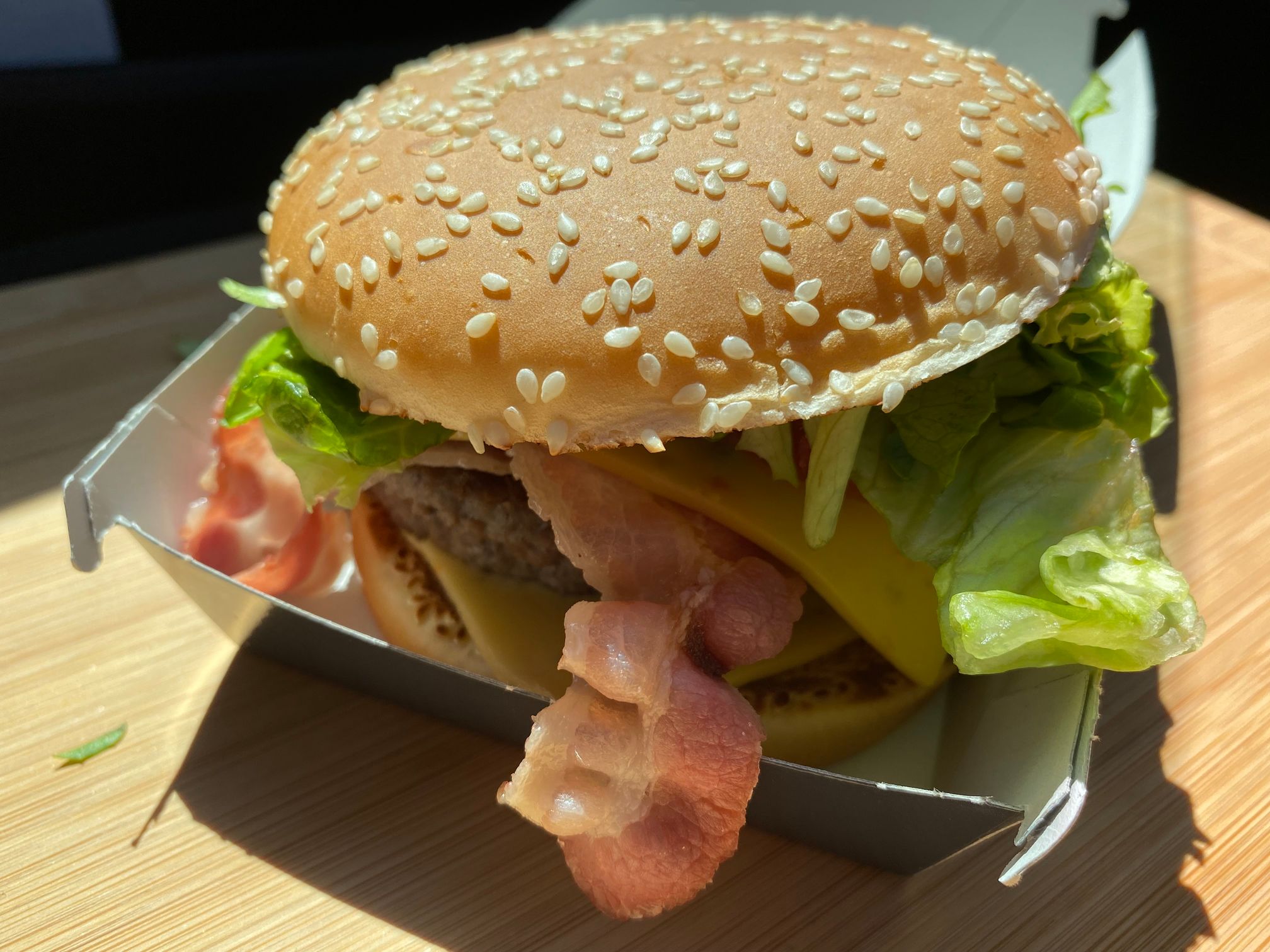 I’m struggling to give it any context or build-up really.

It’s not a EURO 2020-inspired burger (although the bun sort of reminds me of a football) nor is it something that has featured on overseas menus.

The BBQ Bacon Stack comes across as a stop-gap promo made up of leftover ingredients with a new but predictable “creamy BBQ sauce.”

The real story here is that the “Summer Food Event” is actually split into two parts, with the second commencing on Wednesday 14th July and will see the debut of the McSpicy in the UK.

The provisional description is “a spicy crispy chicken breast patty with our classic sandwich sauce and lettuce served in a sesame topped bun.”

I can’t comment if this has been mentioned in the blanket press release (remember when they didn’t do press releases on new burgers?) but this is what we’re told…

We’ll cover the McSpicy in detail in its upcoming review but it is on (either permanent or as a LTO) menus in other countries, most notably in the Far East – just “google” McDonald’s McSpicy.

Anyway, let’s talk about the return of the Stack – the BBQ Bacon Stack. 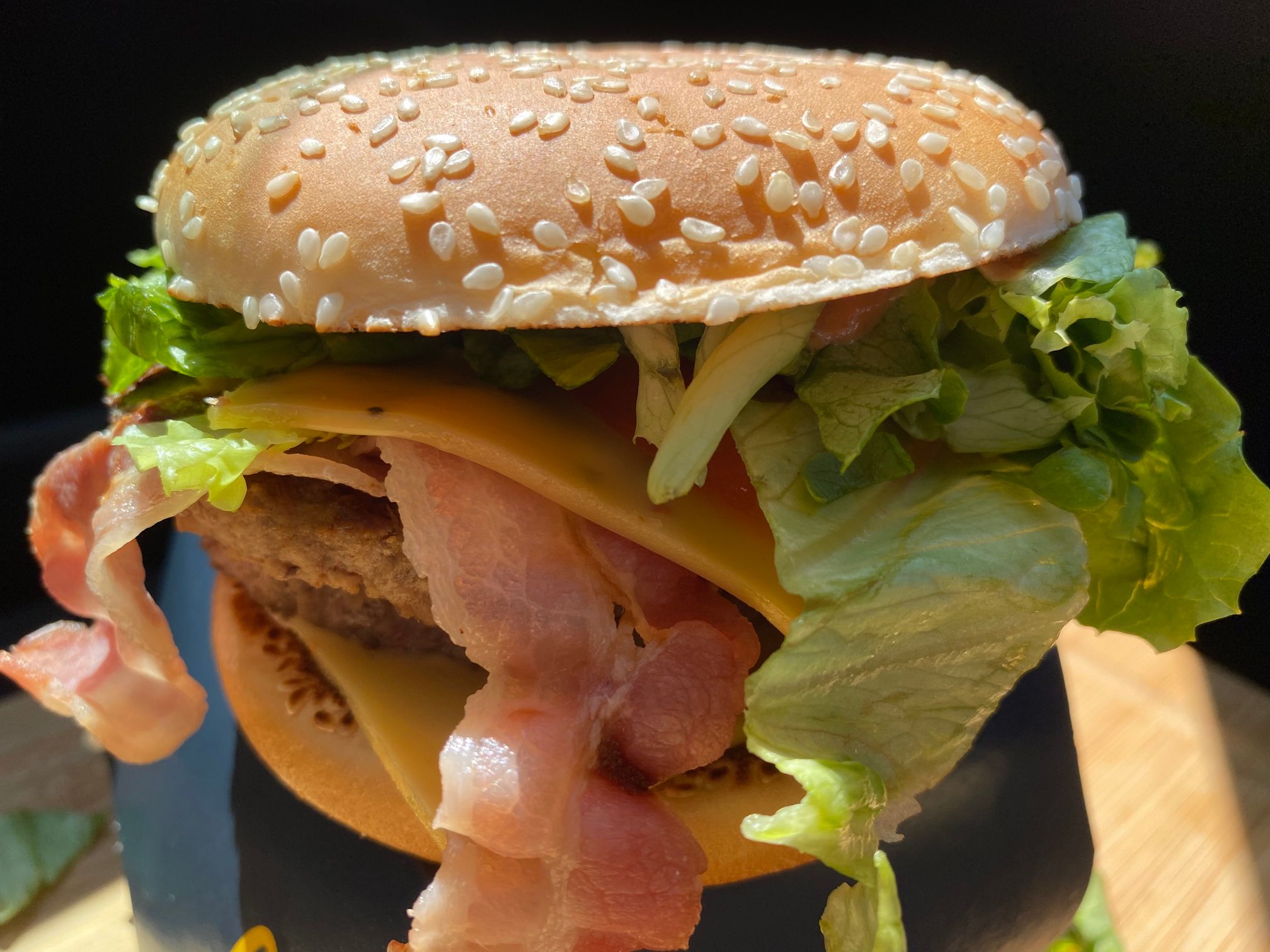 As you can see from the very sunny pictures, (at first glance) this looks a decent enough build and was delivered to me very quickly via the brilliant Click and Serve option. Too quickly.

A note about this which is really irritating me.

McDonald’s really need to sort out the customers that are going through the drive-thru, being told to park up, and then using one of the C&S bays. Sort of defeats the object no?

And to top it off, 9/10 they will sit there stuffing their faces while others who might want to take advantage of the service cannot as the bay(s) are full.

The BBQ Bacon Stack burger itself is nothing to write home about. Oh the irony.

You could be forgiven for calling it the Generic Takeaway Shop Burger with the standard ensemble of bacon, cheese and salads.

I’m telling you now – the burger I had today must have been missing the onions because I couldn’t detect them on my palate. Real shame. Shame it wasn’t the fresh tomato missing as I will never be a fan. 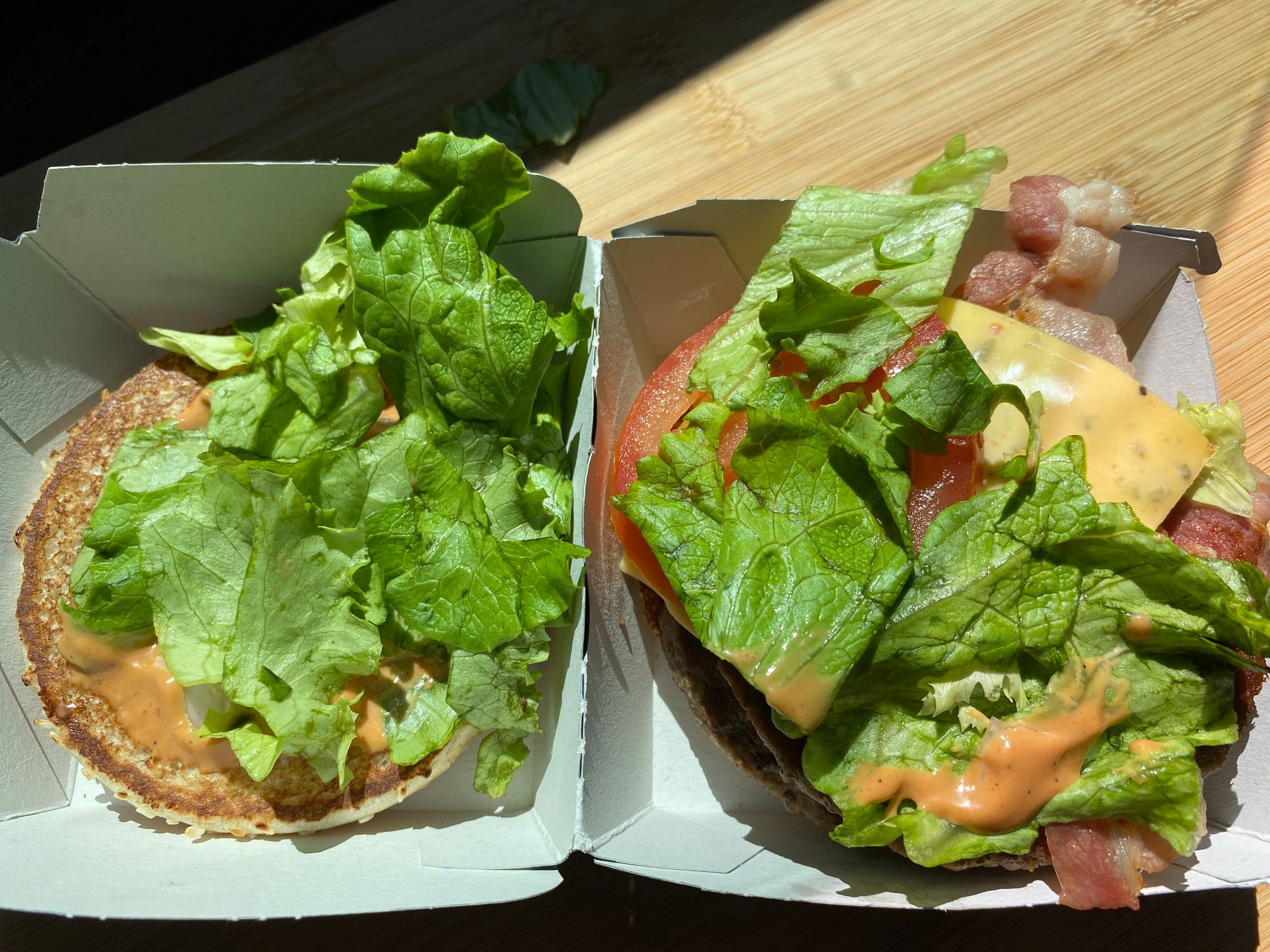 And the eagle-eyed fast-food fanatics out there should notice the incorrect bun. What are you like Mac Donalds?

I don’t expect a promo-perfect build but please include all the ingredients AND the correct bun. Such a shame.

Why didn’t you take it back BL? Well I had already driven off… to park away from their restaurant. Perhaps I should just stick to the bays from now on and not worry about anyone else but myself.

OK let’s try and focus on something positive – the creamy BBQ sauce is enjoyable… smoother than your regular BBQ (obviously). I think my initial bite was like “oooh this is decent.”

It then seems to get lost (especially conflicting with the tomato) before returning in your final bites to leave a lingering, slightly different taste to what we’ve had before. Just. 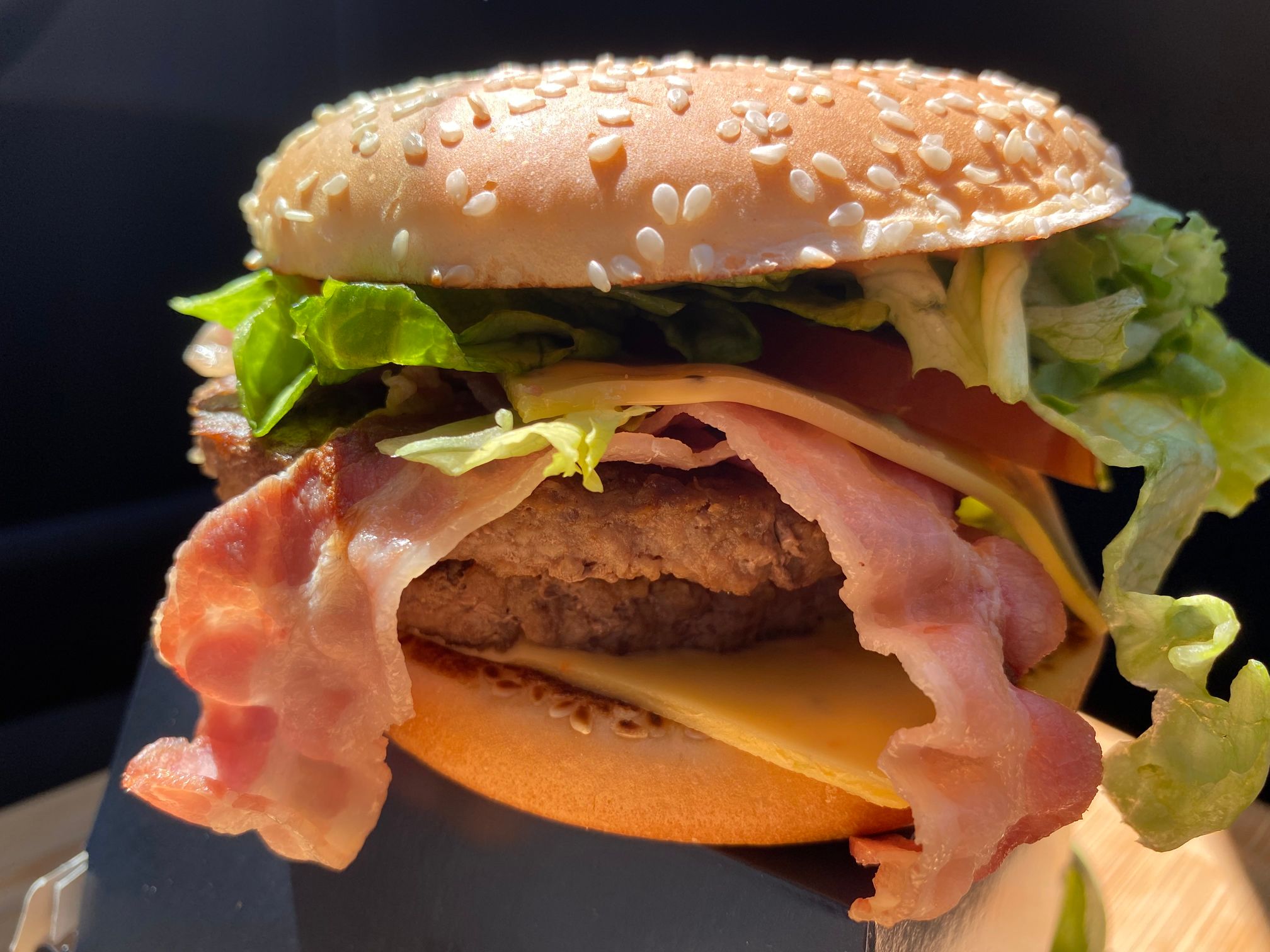 Mistakes will be made and I am normally one for defending McDonald’s staff… but…. this was a really quiet time of day.

OK perhaps it was the very first off the assembly line but I can’t forgive the lack of onions and incorrect bun.

Would I have it again? Definitely not.

I really need to find the motivation to go and visit Burger King for their (not-so-new) Cheesy Bacon Lovers range and/or Halloumi Fries.

As I drove back to BL HQ, I was in a left-turn lane only with the car in front intently signaling and then followed them to a roundabout and guess what. No signal.

It made me think back to the selfish two parked back at the Click & Serve bay scoffing their grub and the numerous Tesco patrons walking in not using hand sanitiser and/or not wiping their trolley or basket.

Some people really don’t give a shit do they!? 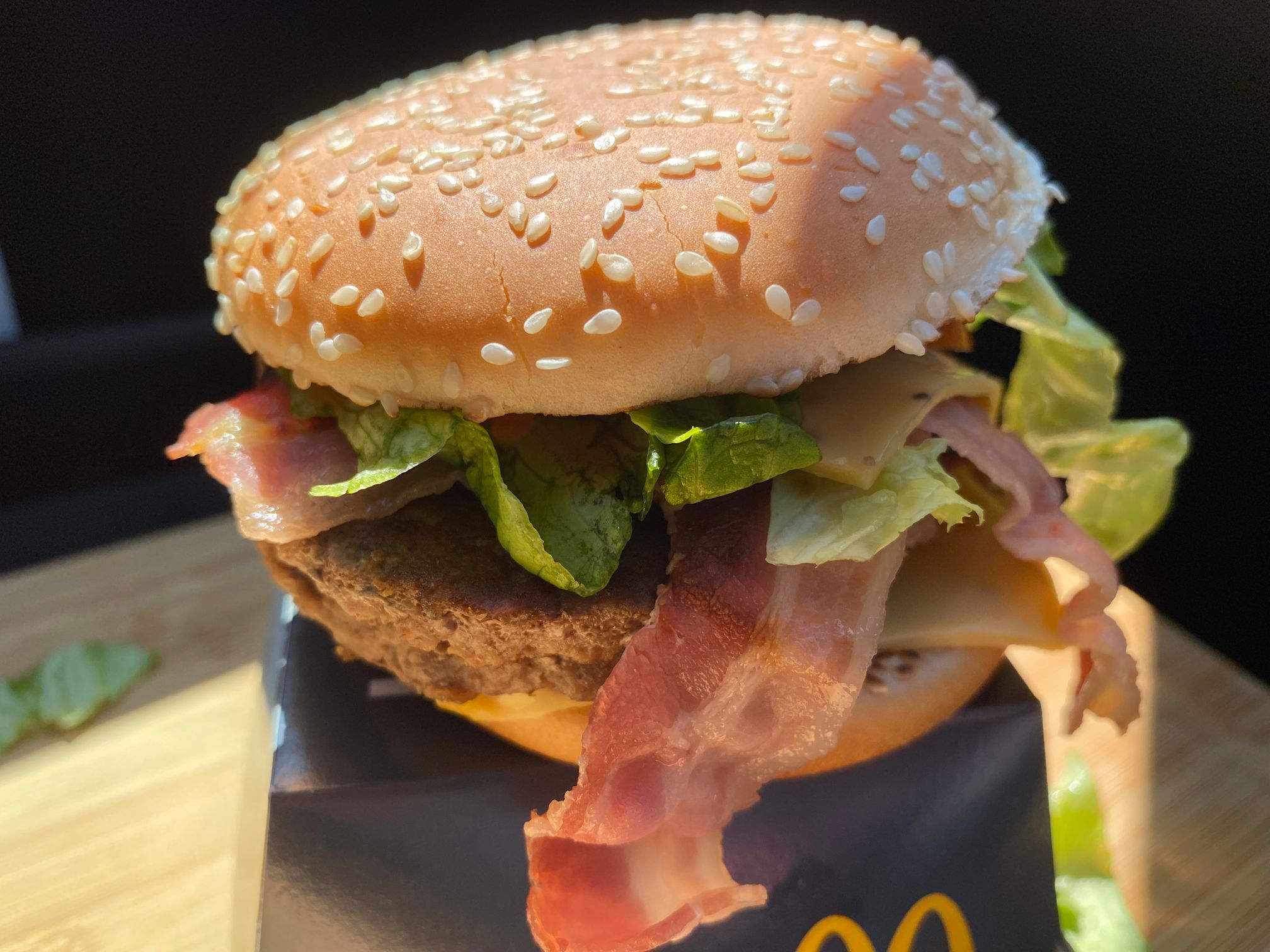 The BBQ Bacon Stack is nothing more than a generic takeaway burger with that familiar McDonald’s flavouring you can’t help but detect.

IMO, this burger is a huge comedown from the first three Stacks released for Great Tastes of America 2016. But what more can you do with a bacon cheeseburger you are trying to sell as many units as possible?

I’m holding out more hope for the McSpicy in July and (hopefully) future incarnations of that – see McDonald’s Singapore Spicy Challenge.

Incorrect bun? No or lacking onions.

It’s a thumbs down from me I’m afraid apart from that sauce.

You could also stick any cheese on the BBS and you couldn’t really tell the difference and the mistakes make the scoring below nigh impossible.

We will be discussing the BBQ Bacon Stack (on-sale until 27/07) more in-depth on our next Podcast episode dropping Sunday 20th June.

Thanks for reading and the continued support. 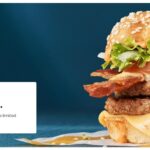